[Editor’s Note: The waitlist is open for Semi-Retired Md’s Zero to Freedom Through Cashflowing Rentals course! This action-based class will guide you from start to finish, through the entire process of finding, selecting, and purchasing your first rental property. Join the waitlist and get $300 off the course during the early bird sale March 27-28! Waitlist registration also allows you to try out a pre-course module for free, access live Q&A sessions, and more. They’ve made it easy to take the course for a test drive and I’ll make it even easier. Purchase through this link and I’ll throw in a signed copy of Financial Bootcamp Book and the Physician Wellness and Financial Literacy Course – Park City for free!

Today’s guest post was submitted by Max Schloemann, a medical malpractice insurance broker and CEO at MEDPLI, We have no financial relationship.]

Most physicians realize that medical malpractice insurance is a must-have. If a claim is made against you, protection provided by your carrier against damages and attorney fees will keep you afloat. However, there are pitfalls to navigate when buying your policy, dangers I have become well acquainted with in my time as an insurance broker. Here are four pitfalls to avoid when purchasing medical malpractice insurance.

Finally realizing that fantasy of opening your own private practice or taking that dream job at a large hospital system? You’ll need tail insurance, and, most likely, you’ll be the one paying for it.

Tail insurance covers you for a specific time period, allowing you to report claims in the future for incidents that occurred during the time between your Retroactive Date and your last day covered on the claims-made policy. Tail coverage protects you against claims made for your Prior Acts Period (the time between your retroactive date and last day of active claims-made coverage). Many physicians assume they are covered for post-employment claims under their previous employer’s policy, but that’s not necessarily the case.

The best thing you can do when you take a new job is to read your contract carefully and see what it states about tail insurance upon resignation, then immediately set aside an amount to cover it. How much to budget is based on multiple factors, but an easy rule of thumb is to take your current policy’s premium and double it. So, if the cost of your medical malpractice policy is $25,000, you should expect to pay a one-time premium of around $50,000 when you leave.

It’s easy to assume you won’t need tail coverage, but you might regret not purchasing it. Take the example of Dr. T, a neurosurgeon in Texas. He was in the process of leaving his practice and discovered he was responsible for tail coverage. Not only that, but his tail policy at the time was $100,000. Dr. T always practiced safe medicine and had never been sued, so he assumed he didn’t have much risk. If anything were to happen, he figured he’d pay his own legal fees to defend himself. Shortly after his transition, a claim was opened, and he ended up paying $200,000 out of pocket in attorney’s fees for a five year lawsuit that he ultimately won.

The fact of the matter is, no matter how talented and liked they are, any physician is at risk of losing financially if they don’t have adequate coverage.

Another warning – don’t get stuck buying tail insurance at a higher premium at the last minute. An OB/GYN from Chicago recently came to me because the practice she was leaving offered her a tail insurance policy for $150,000. Because she had planned to find tail coverage well before her leave date, as her broker I had ample time to find her a policy for the same coverage that saved her $50,000. Sometimes your employer may neglect to remind you that you need tail coverage until the final days of your contract. Don’t let failing to plan for the future cost you.

If you’re ready to drop your current insurance carrier, make sure you are covered by a claims-made policy, not a claims-paid policy. The difference could save you significant money and time, and many physicians don’t realize they’re under a claims-paid policy until they’re facing the financial consequences.

Under a typical claims-made policy, you can usually cancel your policy with your carrier at any time without penalty. Add proper tail insurance, and you’ll be covered when a claim is opened, even after you’ve ended the policy. However, under a claims-paid policy, your medical malpractice carrier is only going to cover you as long as you are insured with them. That means that if you have an open claim with your carrier, whether the claim has merit or not, you could be stuck with them for a very long time. Even if a carrier raises their rates through the roof and you want to find better, cheaper coverage on the open market, you can’t leave the carrier until the claim is settled.

To add to this, you’ll likely be required to decide on your insurance options well before your policy period actually starts. Insurance carriers usually send out renewal packets in the early fall and require physicians to actively opt-out if they don’t want to renew coverage for the next calendar year. That means that you’re being asked a full year in advance to decide if you want to opt-out or renew coverage at premium rates that have not yet been calculated or disclosed by the carrier. Compound this early, cumbersome opt-out process with the issue of an open claim, and you might be obligated to continue to pay premiums to your carrier for far longer than you feel comfortable. 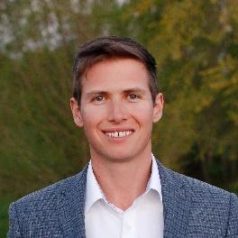 Taking the time to ensure that your malpractice insurance provider is financially solvent is one of the best investments you can make to avoid an unpleasant surprise down the road.

In 2019, doctors in Texas found themselves scrambling for malpractice coverage when Capson Physician Insurance Company was placed into rehabilitation by the state. Four months after the announcement, the company was placed into liquidation. At the outset, it seemed like a thriving enterprise, but it ended up leaving thousands of health care providers without coverage.

What are the risks you could face when your carrier folds?

Capson isn’t the only carrier in recent memory that crashed and left thousands of physicians clambering to find new coverage. In the last 10 years, carriers such as Oceanus Insurance Company, RRG, and Professional Liability Insurance Company of America (PLICA) have also had similar financial insolvency issues that ultimately made it more difficult for doctors to get adequate coverage.

You can avoid linking yourself to a financially weak carrier by doing your research. Insurance companies are given ratings based on their long-term prospects, among other things. The leading independent analyst is A.M. Best Company, whose ratings range from A++ to C-. Your safest bet is to always avoid carriers that have poor ratings.

If you have a good broker, he or she will explain this to you very clearly and carefully: all things even, prepare for your premium to rise over the length of your policy.

That’s because carriers are giving you a “break” at the beginning of your claims-made policy with something called a step-factor. If you’re a brand new doctor, you’re just starting a private practice, or you just tailed out, your new carrier will provide you with a new retroactive date for your policy. Since it takes time for issues to be discovered and claims to be opened, it’s not likely you’ll be much of a risk in the first year of your policy. Therefore, your rate will be much lower. 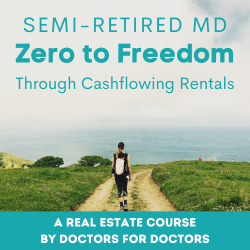 With that said, there are additional components that can affect your insurance premium rates from year to year. Carriers use multiple factors to determine your new premiums, some of which are out of your control, like a rise in the rate of claims experienced by providers practicing in your specialty. Always plan for your premiums to rise from year to year and budget accordingly.

Navigating the world of medical malpractice insurance can be daunting, for new and seasoned providers alike. Make sure to find an independent broker who can work with you to shop for the best options available to you right now. While insurance agents work exclusively with one insurance company, independent brokers are able to provide you with quotes from multiple carriers and find discounts and programs that are financially beneficial to you as the provider. In the end, a specialized, knowledgeable independent medical malpractice insurance broker is your best ally to get you the most favorable rate.

What other pitfalls should you watch out for when purchasing malpractice insurance? Comment below!

12 Things to Know About Choosing a Financial Advisor