[Editor’s Note: PIMD started a debate this week about which is best — real estate or stocks. Those of you following along know that I believe a reasonable answer is to include both. If you want to add private real estate to your portfolio, consider investing alongside me with DLP Capital Partners. DLP currently is offering:

DLP has lowered their minimums to $100k (normally $250K minimum) to investors that go through our links. These funds are straightforward, profitable, and ideal for a self-directed 401(k). Click here to learn more!

Today’s guest post was submitted by an anonymous WCI reader who blogs at Aussie Doc Freedom. The article delves into the research on differences between how men and women invest, and to be honest, it doesn’t make the guys look very good. It turns out that we would all be a lot better off if we would simply “Invest Like a Girl.” We have no financial relationship.]

I am an Australian emergency physician, woman, mother, and blogger. I stumbled across the White Coat Investor’s “Live like a Resident” many years ago. The article resonated with me and gave me confidence in rejecting the “doctors’ lifestyle” to pursue a life focused on our values. As a result, I work part-time and have enjoyed extended time off for travel and parenthood.

A few years ago, I returned from travel and finally got serious about retirement planning. We had been good at paying down the mortgage and living below our means, but I now had to learn about investing.

When first trying to work out how to start my investment journey, the task seemed overwhelming.

The media often portray the stock market as a grand casino, fueled by testosterone, sexism, and cocaine! Sites targeting female readers often focus on cutting spending, paying down debt, or worse, use shopping and fashion analogies to explain financial concepts (so that ladies can understand?!) Improving financial literacy is a worthy goal, but the readers of this site are intelligent, ambitious and capable.

I can’t be the only woman who often feels patronized, discouraged, and intimidated by the world of investing.

Anatomy of the Female Investor

More women than men control the household finances, but far fewer invest in the stock market.

Women tend to save money in cash. Only 23% of British women in this survey, and 35% of men, had investments in the stock market. With long-term stock market returns very likely to outperform cash, and interest rates at record lows, women’s reluctance to invest risks compounding the gender wealth gap.

Part of the reason for a lower risk tolerance may be that an average woman has less money. Independent financial advice is often prohibitively expensive unless you have a substantial amount to invest. This is an issue for everyone, with a Financial Times survey finding that 40% of both men and women felt financial products were not designed for people like them.

This same survey found UK women felt more comfortable investing in property instead of shares. The median UK home is worth over double that in the US, equivalent to US$422,000. Property investing is therefore likely to involve significant leverage, the complex task of asset selection, maintenance issues, and tenants. Property investment in the UK arguably seems significantly riskier than dollar-cost averaging into ETFs.

Another reason why women may invest less than men is that they tend to score lower than men in financial literacy tests. The knowledge gap, however, appears to be narrowing. This study found the financial literacy gap for the boomer generation was 19%, lowering to 10% for millennials. Unfortunately, this was partly due to a decrease in financial literacy among men! According to the micro-investing platform STASH, they found investors read a similar amount of educational content on their educational platform, regardless of gender. This suggests a similar thirst among learning investors.

Media Portray Women as Savers, but not Investors

It’s slowly changing, but most of the investing blogs and finance books I have read are authored or hosted by men. They are, like the White Coat Investor, fabulous, and equally applicable to women and men, especially those, like WCI, that make an effort to cover areas particularly important to women—the gender pay gap, making up for career gaps, etc.

But articles, books, and blogs specifically targeted at women often neglect investing in favor of clipping and grocery savings. It’s an antiquated attitude that belongs back in the 60’s, but it affects readers’ perceptions.

A Fidelity survey found only 9% of 3000 women investors with active accounts thought they would outperform men. 40% of women and 30% of men in the same survey thought they were less financially knowledgeable than others.

Despite women’s underconfidence in investing, studies have proven repeatedly that female investors tend to outperform men.

A study by Fidelity of 8 million investment accounts found women save more of their income (0.4%), and perform better with their investments, too (0.4%). A Hargreaves Lansdown study found women outperformed men by 0.81%.

When Warwick Business school studied 2,800 UK investors, women’s investment returns were 1.8% higher than men. Barber and Odean studied 35,000 investment accounts between 1991 and 1997 and found that “While both men and women earn poor returns, men perform worse.”

Men also demonstrate a tendency for overconfidence in traditionally male tasks, such as investing. Despite equivalent objective performance, males tend to evaluate their performance more favorably than females and claim a greater ability to perform the task.

In a Financial Times Survey, men were nearly twice as likely as women to agree that investment risk was required to achieve returns. STASH found that 90% of women and 75% of men considered themselves low or medium-risk investors. But interestingly, around 50% of both male and female investors in the same STASH survey invested in higher-risk investments.

A study of 4 million US Vanguard accounts found differences in asset allocation between genders are negligible, with women investing 63% in equities vs 65% for men.

Trading frequency has been found to be the most powerful contributing factor to women’s outperformance. Men have been found to trade 35% more than women by Fidelity and 45% more by Barber and Odean. Women traded 49% less than men in the Hargreaves Lansdown study, with Vanguard confirming women trade 50% less. STASH also found women were more likely to be buy-and-hold investors, trading less than men. Furthermore, during two separate days of dramatic stock market losses and extreme volatility in 2018, male investors were 76% and 87% more likely to sell than women.

The STASH study found that investing accounts with two-investor access performed best of all. The Hargreaves Lansdown study similarly found that accounts performed even better than women when two investors had access.

Assuming the higher risk profile member of a couple is the main investor, the oversight of the lower risk individual may reduce the likelihood of speculative investments and paying excessive fees through over-trading. If the lower risk spouse is in charge of investing, the involvement of the higher risk spouse may encourage a lower allocation to cash.

We Need to Promote More Female Investors as Role Models

Financial literacy information geared appropriately at women is about more than covering the “female only” issues. It’s about providing female role models, so the leap to investor does not seem so impossible. Many female readers will have experienced the powerful boost in confidence brought about by a positive female role model in their desired career. Many women need a little encouragement to see they can be capable, often above-average, investors.

Maike Currie is a financial journalist for the Financial Times and Investing Director at Fidelity International. She wrote an article about a recent book about the worlds’ best investors that featured 65 males and just 1 female. Maike claims it’s not that incredible female investing role models don’t exist, but that they are largely ignored in favor of their male counterparts. 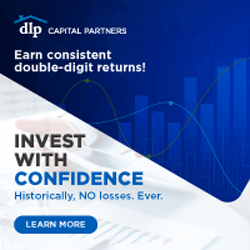 More female finance professionals and role models are needed to move the perception of investing away from a man’s sport. The readers of this blog, and our colleagues, are intelligent, educated high-income earners. We need to learn to invest and have the confidence to do so to actually turn those high salaries into wealth. Women that dare to invest often perform better than men.

Of course, people are not this binary. We all have different risk tolerance and confidence levels. Regardless of your gender, I think investors can learn from the research into women investors and the factors associated with improved investment performance.

How has applying these principles helped improve your returns? Comment below!

The post How to Improve Your Returns? #InvestLikeAGirl appeared first on The White Coat Investor – Investing & Personal Finance for Doctors.

Is the Wealth Effect Making You Think You’re Rich?