[Editor’s Note: Today’s guest post was submitted by Family Physician, Dr. Maheswari Raja. We’re always on the look out for unique guest posts from our regular readers. This one is definitely unique. We also get lots of requests for posts dealing with unique issues that foreign medical graduates deal with. This also qualifies there, so we thought we’d run it. We hope you enjoy it. Arranged marriage or not, discussing financial goals before marriage should be a high priority for any couple. I know Katie and I had serious discussions about lots of things, including money, before marrying and it has made all the difference. The author and I have no financial relationship.]

I had an arranged marriage.

I was 24 years old, had graduated from Medical School, completed a year of internship and was planning to train further in some surgical specialty. I had dreams and goals. I had grown up in Africa and India. My parents were both well educated and had lived around the world before settling back in India.

Yet, I agreed to an arranged marriage.

That was what was expected and what all my friends were doing. I never anticipated or planned to live in the US—it just happened to be where my “to be” husband was working at the time.

I met my husband in person a week before the wedding. It was awkward, to say the least, this meeting after just a few phone conversations. Three weeks later, I was a new bride on an airplane with him to an unknown land to make a life together.

Much has been written about money and marriage. It has been shown time and again that marriage is financially beneficial and that staying married to the same person is important for wealth building.

I was listening to a podcast on marriage and money a few weeks ago and had a thought—why had I never discussed finances or goals prior to getting married? I had just assumed that since my husband was a man, and was working here in the US, that he knew more. I was a qualified, professional woman. Was I the only one in this situation?

About 20% of the physician force in the US is of South Asian descent, and a large proportion of them are women. The IT and tech boom of the nineties brought in a lot of engineers, and many of them married doctors.

So, I set out to ask many of my friends two questions:

I got the same answers from every one of them—yes and no.

Not one of them had discussed financial goals! 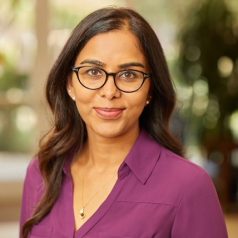 All of them are successful physicians.

All of them assumed the man knew finances better.

I think this gender bias is so inbuilt in this particular population.

Let’s not kid ourselves—a man speaking about money is seen as confident and achieving, but a woman doing the same can be perceived as pushy or greedy. Add cultural bias, and it gets even more complicated.

Arranged or not, marriage is hard work. Arranged marriages tend to be fairly successful because of the familial support and the “like matched with like” concept. Most couples learn and grow to love each other with time, and tend to have common goals, financial and otherwise, that are realized as a team. The husbands support the wives financially through the first few years of exams and training, and later shoulder childcare and household responsibilities.

But, money tends to be a problem in many marriages. If there was never a conversation about it before the wedding, when there is abuse, divorce, or discord in the relationship, the woman finds herself anchorless with no money, no backup, cultural stigma and isolation in a new country. All of this despite being educated and smart, and often the one with the larger income. This happens not only in medicine but also in many allied professions and engineering.

There is no magic formula for guaranteed success in marriage—arranged or otherwise.

Financial literacy is absolutely important to protect oneself. Women have to learn, teach, and share. We should recognize those that need help and support. We need to teach our daughters and sisters and friends and mentees. We need to lead by example.

Financial literacy is absolutely important to protect oneself. Women have to learn, teach, and share…We need to teach our daughters and sisters and friends and mentees. We need to lead by example. — Dr. Maheswari Raja

7 Questions to Ask Before Entering an Arranged Marriage

If you are a woman entering an arranged marriage, please ask, please discuss.

And as for the men in arranged marriages, please think to ask.

How Fast Can You Get Out of Debt?

How to Buy a House the Right Way

How to Avoid FOMO When Investing

When Is It Time to Stop Being Cheap?

How to Negotiate Physician Payer Contracts to Increase Reimbursement Rates