Life insurance agents don’t like selling term life insurance for the same reasons that it is the main, and probably only, type of life insurance you should buy. It is a simple, low-cost, low-commission, financial product. Who wants to sell the most boring, lowest-commission product out there? That’s like seeing nothing but URIs in clinic all day. If there were a product among annuities similar to term life insurance, it would be a Single Premium Immediate Annuity (SPIA).

What is a Single Premium Immediate Annuity (SPIA)?

A Single Premium Immediate Annuity (SPIA) is a contract with an insurance company where you give them a lump sum of money, and the insurance company pays you a set amount every month for the rest of your life. This ensures you’ll never run out of money, and so can be a useful part of retirement planning for many people, particularly those who have barely “enough” or even a little less than “enough.” They are also referred to as immediate payment annuities, income annuities, and immediate annuities. Portfolio withdrawal experts such as Wade Pfau have been recommending them for a long time. Now that most investors don’t have a pension from their company, an annuity can take its place in the “three-legged retirement stool” (# 1 Pension, # 2 Social Security, # 3 Savings and Investment portfolio). You’re essentially buying yourself a pension with a portion of your portfolio.

What’s So Great About SPIAs Compared to the Fancy Annuity My Agent is Trying to Sell Me?

A SPIA is a simple commodity. Just like term life insurance is “pure” insurance, a SPIA is “pure” income. The terms are simple and standardized.  Because of this, there are lots of insurance companies out there competing for your business. This competition keeps prices (and agent commissions) lower and provides you a better deal. There are plenty of bells and whistles that can be added on to a SPIA, but every additional feature will cost you a little more. Not only because the insurance company has to pass the cost of it on to you, but also because as the product becomes less standardized, there is less competition for it.

How Much Can You Expect From SPIAs, and What Kind of a Return Will that Probably Be?

If you want to know how the chart was created, download this spreadsheet. As you can see, the returns aren’t necessarily high (and can easily be negative at today’s low yields), although they can still be quite good if you’re blessed with longevity. Note that the return is affected much more by interest rates at younger purchasing ages and by longevity at older purchasing ages.) However, a high return isn’t the point of a SPIA. The point is that the return is guaranteed. It’s an insurance product, and you should buy it for the insurance benefit. You are insuring against the possibility of running out of money due to a long life. In fact, there is some data out there indicating that those who purchase SPIAs actually do live longer, although it is unclear if that is due to a selection bias, less fear about running out of money, or people trying to stick it to the insurance company.

Are There Some Other Benefits of SPIAs I Should Know About?

Part of the SPIA payments are considered by the IRS to be a return of your principal, and thus are tax-free (unless it is inside an IRA, and then it is all taxable income). An annuity is also generally protected from creditors and sometimes isn’t counted toward your Medicaid assets when qualifying for Medicaid coverage of nursing home care. It also is not part of your estate (since it is gone at your death) so may even save your estate some taxes, but most people with an estate tax problem don’t need annuities anyway since they generally have far more than enough.

What if the Company Goes Under? 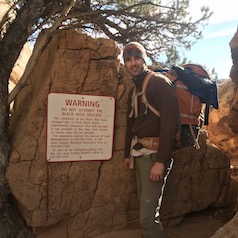 Avoid extreme canyoneering in the winter and most insurance products peddled.

One problem with a long-term contract with an insurance company is that you’re relying on the insurance company’s ability to actually pay decades from now. Insurance companies do, however, go out of business from time to time. Similar to FDIC coverage for bank accounts, most states will cover annuities of up to $100K-300K per person. You can minimize the risk by buying from highly-rated companies, and perhaps by buying several different annuities from several different companies. For example, if you wanted $400K in annuities, but your state guarantee was only $100K, you could buy two policies, one on each spouse, from each of two different companies.

At What Age Should I Buy an Annuity?

Some experts, such as Larry Swedroe, recommend you buy them around age 70. My personal opinion is that you should buy them when you need them. If you’re retired at 50, there’s nothing wrong with putting some of your money into SPIAs to ensure a “floor” for your retirement income. I wouldn’t put it all in SPIAs at that young age, and you can always buy more later. Likewise, if you’re 90, and you’re afraid of running out of money, a SPIA will keep you from doing that. Plus, at that age, you get huge payments every year (up to 20% of the initial purchase price.) You only have to live 5 years to get your money back. Keep in mind that the number of companies willing to sell you an annuity goes down as you get older than 75.

Most SPIAs are fixed, meaning they pay out the same amount each year in nominal dollars. Just like with bond coupon payments, inflation can really eat up a lot of a fixed income. Some people would prefer to buy an inflation-indexed annuity, which like Social Security adjusts each year for inflation. But there are fewer and fewer companies selling them each year (maybe none now), reducing the amount of competition for them. Due to this, some experts like Steve Weisman, recommend against them even if you can find one.

My recommended strategy is to avoid annuitizing your retirement stash all at once. Then, if you find you need more income after enduring 10 years of inflation, you can just annuitize another chunk of the portfolio. Hopefully having some of the portfolio still invested in assets expected to beat inflation, such as stocks, real estate, or TIPS, will mean that you still have something left to buy that 2nd (or 3rd) annuity with.

Where Can I Get a Single Premium Immediate Annuity?

The easiest place to get an estimate of what you’d get paid is to look at the free calculator at immediateannuities.com. Since a single premium immediate annuity is an insurance product, you have to buy it from an agent. But just like walking into an agent’s office to buy life insurance, know what you want before you walk in lest you be talked into something that is a better deal (for the agent.)

What do you think? Have you purchased a SPIA? Would you recommend it to others? Do you plan to buy one later? Comment below!

Consumer Addiction and Five Ways to Beat It

In Defense of Bonds